Dear United States, We Can Do Better

I re-titled this blog entry a few times because words just cannot express my disappointment in our country and the urgency for Americans to act and for white Christians to examine the intersection of faith and politics in new ways.  I wrote two blog entries on the experience of visiting the migrant caravan, the other of which can be accessed by clicking here.  This piece is an informative call to action; the other is more of a spiritual reflection.

If you read the news, you know about the caravan of people, fleeing their home countries in search of safety in a foreign land. And you probably read news stories about US military deployment to the area…before the caravan arrived…and before the election cycle.  You’ve probably read news stories that dramatize interactions between a small number of migrants and US authorities.  Of course, these stories are presented in ways that build fear, even though there have been minimal confrontations, met with disproportionate show of force by authorities. 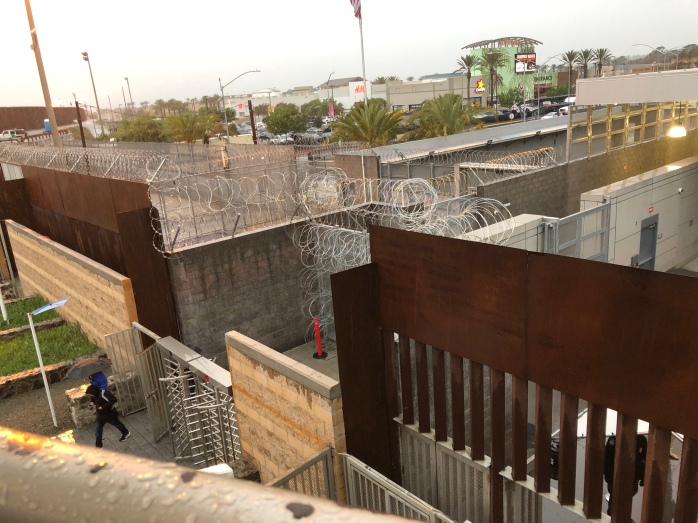 Well, on Wednesday, December 5th, 2018, almost exactly 18 years after going into Tijuana for a day trip during my honeymoon, I crossed into Tijuana again, and it was incredibly calm and uneventful compared to what our current leadership and the news cycle would have us believe.  This is how it went.  I walked through customs along with others in our group.  When I got down to street level, I hopped on my Uber app and typed in the address where the migrant caravan was staying.  A car arrived.  We hopped in, and we were dropped off near our destination.  There, we found a guarded area with a few thousand people camping out in a holding pattern.  We were allowed to enter, talk and pray with people, and express our support and solidarity.  After a few hours, we got an Uber back to the border, stopped in a coffee shop to regroup, and then went home. 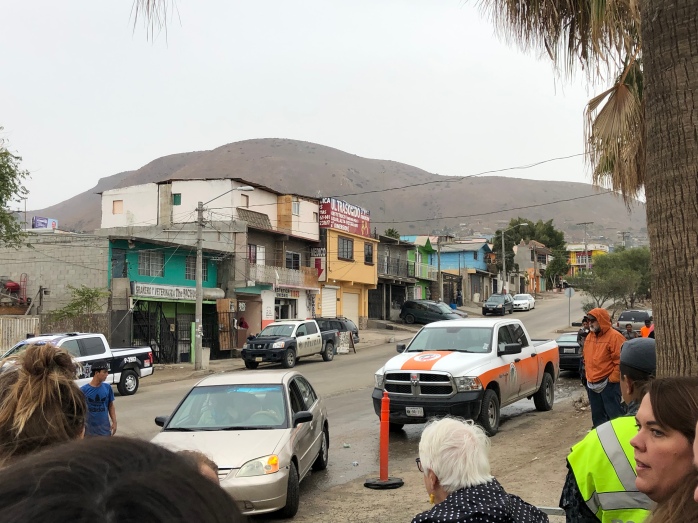 That’s it.  It was less intense than visiting as a tourist years ago, thanks to Uber and some Spanish-speaking group leaders who knew the area well.  There was nothing I would label as unrest, chaos, or tensions.  But I did learn a few very concerning things about our own nation that I’d like to share with you, and I’d like to ask you to do something about.

Did you know that the United States deports veterans who have served in the US military?  I’m cynical and disillusioned with our nation right now, shocked by little, but this one shocked me. There are people who are in Tijuana right now who served in the US military and cannot live in the US, but if they die today, they could be buried in US soil. I don’t need to tell you that this isn’t right.  All it takes is one bad day, one bad choice, one symptomatic moment of PTSD…a condition that is a direct result of someone’s service to our country…and that veteran is eligible for deportation.

Did you know that there are hunger strikers in Tijuana right now, and that all they are asking is that the United States follow its own laws? According to its own policy and protocol, the US is supposed to process 300 asylum applications per day and is equipped to do so. The current administration has implemented a “metering” system, reducing the number of applications processed per day to around 50. This is an obstruction of justice. Seeking asylum in the US is a long-standing, historic process that the US has always valued and upheld.

What can we do? As citizens of a democratic society that upholds the ideals of liberty and justice for all, it is our responsibility to speak up and let our voices be heard when authorities are compromising those ideals…and that means more than spreading angst on social media. Our representatives make decisions based on pressure and input from constituents. That’s how the system of representative democracy is designed to work.

In closing, I know there will be some of you who read this and disallow yourself from engaging the conversation, based on safety concerns and economic concerns. My response to the safety concern is this: Are there people who commit crimes in the migrant camp? Very likely. In any group of thousands of people, especially those who have been through severe trauma, there will be people who do bad things. This does not mean the vast majority of people seeking asylum deserve to be ignored and dehumanized.  My response to the economic concern is this: Firstly, our economy can absorb a few thousand people right now…certainly more easily than more impoverished nations. Secondly, the Bible is very clear that one cannot serve both God and money.  The Holy Family fled political unrest and pursued safety in the more affluent Egypt (an economy also built on the backs of slaves at one point in history). I, for one, am thankful that Egypt absorbed Jesus and his family into their economic and societal structures when they sought asylum. And I’m thankful they didn’t have to wait 1-3 years for their application to get processed because of “metering.”

2 Comments on “Dear United States, We Can Do Better”